Pre-HIP RFC: Should the Hop community fund a grants program

This is a request for comment (RFC), in line with current Hop governance processes , intended to provide a place for comment and feedback to be incorporated before moving it to a temperature check and requesting a sponsor to create a formal Hop Proposal.

As per the instructions in Phase I (RFC), the question posed is: “Should Hop governance incentivize developers to build on HOP under this trial program?”
Jack Clancy & Benji Cohen are all under the 1 million HOP threshold to initiate a formal vote if the temperature check is successful.

Hop is an emerging protocol with a large community of developers and users. It is one of the most used crypto apps in the last few months due to its utility and support for many of the most popular blockchain networks.

Establishing a grants program that funds independent developers to build on top of HOP will increase developer interest. Protocol developments could be alternative frontends, in depth analytics sites or dune dashboards, or sdks that make it easier to integrate with HOP, just to name a few. There have been several successful grants programs like Uniswap grants, Liquity, and Maker, which this proposal attempts to emulate.

This program is intended to be reviewed after 6 months. After the trial period ends, if the program is not renewed, any unused $HOP token will be returned to the treasury.

Developers wishing to seek a grant from the HOP grant program will have to apply via a forum post here, outlining what they plan to build, milestone deliverables, and the amount of funding they require to develop in line with their specifications.

DAO governance will select several eligible candidates (based on their technical expertise, prior contributions to their protocol and their willingness to contribute time to this initiative) to administer this grant program.

This is not a hard recommendation, would like to have community input from the DAO on committee members. Most importantly, members of this committee will be engaged, have a stake in HOP and have technical expertise to review grants proposals.

The grants committee will be added as admins to a Gnosis Safe that holds the funds allocated to the grants program. They will vote with a simple majority quorum whether or not to fund grants. Grant submissions will come via forum postings with a lightweight template developed if/when this proposal passes

Disclaimer: Jack Clancy and Benji Cohen are writing this RFC on behalf of Web3 Equities, a liquid token fund run by Benji Cohen. The fund has a sizable $HOP position.

I’m overall supportive of spinning up a grants program for Hop, and this seems like a reasonable budget given the state of the project and the token market cap.

I’m curious what the community envisions as the scope of the grants program. For example, should it be focused on directly supporting the protocol itself (such as building tooling around Hop), or should it be more broad, supporting adjacent projects in the space, events, etc?

I think it would be good to have a relatively large scope, especially for the first 6 month period. Education, governance initiatives, data tooling and things like events would all be good projects to fund. Uniswap grants had a nice range of projects in their latest funding round: 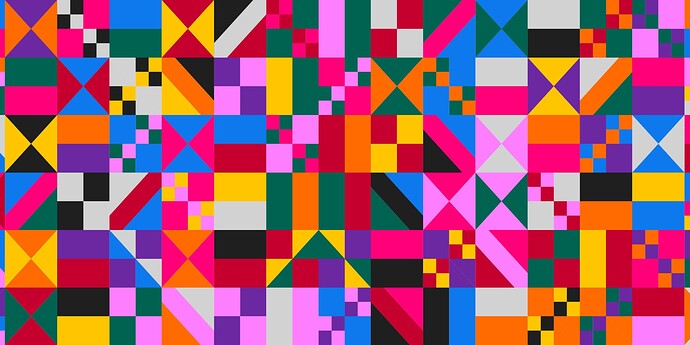 Today we are so thrilled to announce the first wave of grants being disbursed by the Uniswap Foundation!

The reason being that it is important to know whether a grant is meant to advance Hop’s mission or is intended to be a charitable act by the DAO so that the success of various grants can be properly assessed and a high level of accountability is maintained.

As an aside, one thing we plan to pitch to the DAO on soon is a commitment to (external) public goods funding at the protocol level. The next version of Hop will likely include a way for the protocol to capture fees. It could be encoded directly in the fee capture mechanism that a minimum of say 10% goes directly to an external public goods funding address such as the Gitcoin grants matching fund.

IMO, in the long run, this creates a better alignment between the DAO and public goods funding than giving away HOP that will need to be dumped to fund the external public good. With the fee share model, public goods get funding when Hop does well and therefor the Hop DAO and broader Ethereum ecosystem/world are aligned behind Hop’s success.

All of that being said, there’s no set timeline or guarantee for fee capture so not against HOP grants for public goods but think it would be smart to have a separate budget and success metric.

I support hop trialing a grant program, especially with 750k HOP, since it will encourage the committee to be pickier in distributing grants.

The grants program should clearly define the categories; network dev, research & analytics, community, etc. Also, expand on how the grants committee will record and track grants.

One issue with grants committees is the lack of accessibility for the community to clearly follow up on grants and evaluate their success, and thus the grant committees’ success in grant distribution.

I agree with this and am also for trialing a grants program with a specific scope of advancing Hop’s mission. With that in mind, does anybody from the proposed list of committee members have any potential examples of projects that they would explicitly fund vs. what they would not fund? This may be a difficult question to answer without any concrete proposals, but it seems like it’s worth thinking about ahead of time.

Agree with all of your points. I think the spec should be clarified so that:

Hey folks, wanted to see if there were any final comments on the grants program before we progress this RFC to Snapshot. Thanks all for your input!

One issue with grants committees is the lack of accessibility for the community to clearly follow up on grants and evaluate their success, and thus the grant committees’ success in grant distribution.

I think this is an important aspect to consider. Delegating the decision of which projects deserve a grant to an educated committee may bring advantages like reducing operational cost of going through a governance vote, speeding up the process to market and having better overall decisions (which may be technical to some degree).

There is no reason though for information not to flow back to the DAO. I would love to see some guidelines on how the projects will report back on their progress, the impact they may be having before the program ends and some periodic reporting on the overall grants program (e.g. funds utilization).
I would add up some guardrails to how HOP can be used, e.g. vested over a certain period of time and maybe only allowing LPing, things like that.
Overall, I am vouching for visibility, accountability and minimizing impact on the token for an iniciative which I think it is very cool. I am supportive of it given the above is considered.

We may encounter grant applications for projects that are somewhere in between public goods and protocol-specific goods, and trying to categorize them may be more trouble than it’s worth.

We should view the first funding round as an opportunity for the community to reveal their preferences rather than trying to prescribe the types of grants that can be issued before the program starts. The requirements can be refined and codified in future rounds.

I agree with @cwhinfrey that it’s useful know up-front whether the grant is for public or private benefit, but this can be revealed in the application. Separate budgets and success metrics will be important in the future, but am wary of discouraging applications by limiting the scope of the program immediately.

As others have said, there needs to be a way for the community to evaluate the success of a grant. It seems appropriate to ask for timelines and periodic reports. We should clearly communicate to applicants that providing robust timelines and evaluation metrics makes their applications more competitive.

This is my first post in the forum, but you’ll be seeing me around. I recently joined the Flipside Governance team–I’m looking forward to doing Hop governance with you all!

This proposal has now moved to Snapshot for the community to consider. If you hold HOP, please consider expressing your opinion by voting.

Thanks for the proposal.

I absolutely support creation of a grants program for HOP and have voted for it in the temperature check.

I think grant programs are essential to attract more dev talent and integrations.

I’ve also signaled positively on Snapshot as this seems like a no brainer to incentivize devs to build on top of Hop.

I do notice there are some details in the proposal about when funding occurs for a grant with setting milestones, but it seems like there is some leeway given to the committee and that a template needs to be set up if the proposal passes. I’d just reiterate that at least some portion of all grants should be given retroactively so the value of the project can be accurately assessed. Although I definitely acknowledge that some projects will need a portion granted up front to justify the work in the first place.

I didn’t want to include the template or too much process within the governance vote. Since this is an early stage program, I think we will need to be fairly iterative and flexible around processes.

Fully agree that milestone based deliverables make the most sense. But not sure if we will have a one size fits all solution from inception, since a lot of this will be dependent on the type of grant.

These are the main reasons why I left a decent amount of leeway for the initial trial of the grants program. Upon renewal, I think we can codify a lot of these details based on our learning

As per the instructions in Phase I (RFC), the question posed is: “Should Hop governance fund a grants program?"

I appreciate the proposal–I’m just hoping we can use the Snapshot vote to effectively gauge the sentiment of the community, and a lack of clarity prevents us from meeting that goal with this Snapshot.

I think you should vote yes on snapshot only if you think that all details of the committee makes sense, not just the main question. In the future, we could run a multi-choice election style vote for the committee members but wanted to keep it simple for the trial

I voted yes on this proposal. A grants program would be beneficial for Hop’s long term success.
I see the incentivizing of developers to further enhance Hop’s offerings (either by creating alternative front-ends, analytics, or even reports) and receiving a reasonable compensation for it as an investment from the DAO to the benefit of the DAO and the protocol. I also approve the initial proposal of committee members and budget.

This proposal has now moved to an on-chain vote as HIP 9. If you hold HOP, please consider expressing your opinion by voting.

HIP 9: Hop Community Grants has passed with 99.98% support from 50 voting addresses. Thank you to everyone who voted.